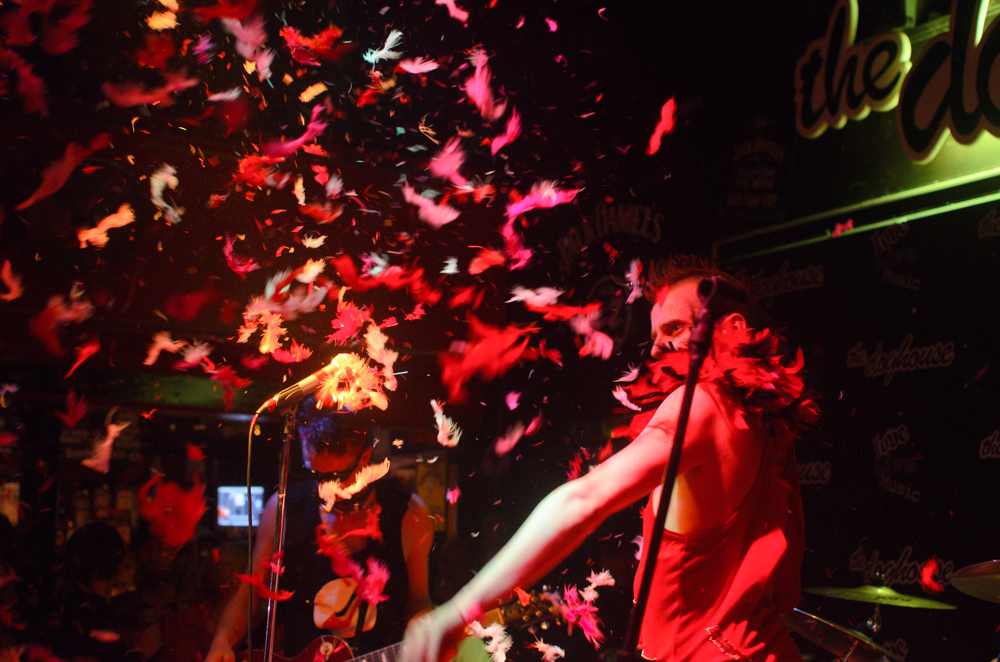 Nearly up to date with my backlog now that I have finished these – 45 may seem a lot but it was quite tough to edit down from the 565 shots I took on the night! Just a handful of things from the WASPS Winter Pop Up to edit this week.

Cha Cha Heels launched their debut EP at the Doghouse last Saturday. A support bill featuring a burlesque dancer and a setlist containing covers of Blondie, Abba, Queen and the B52s alongside the band’s own material are probably reasonable reference points for Cha Cha Heels sound and aesthetic. It’s good to watch a local band that are musically proficient, entertaining and don’t appear too serious. The EP is good, and should be available from iTunes, etc, now.