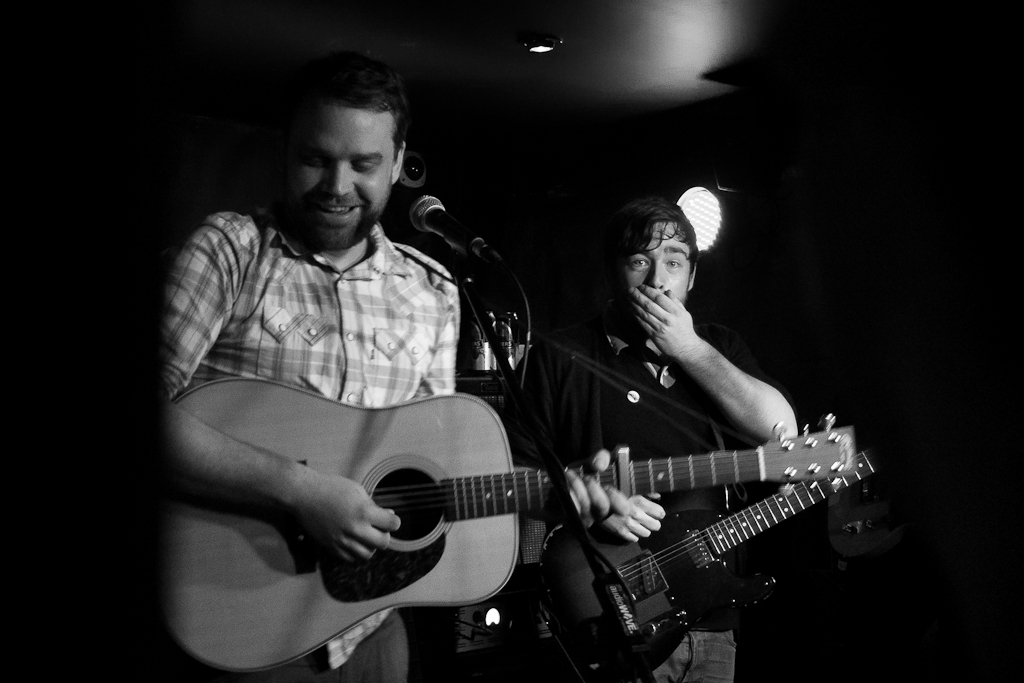 Frightened Rabbit played at the Twa Tams last night. Despite being from Perth and working there, I don’t think I’d been to a gig at the Twa Tams since King Creosote and James Yorkston in 2004. It’s been renovated since then, the area for the bands feels smaller. Anyway, must be one of the smallest venues FR will play in Scotland for a while, and we got the full band rather than the acoustic set I was under the impression it would be. Couple of new songs, lots from ‘Midnight Organ Fight’, vocal crowd. Have to thank my sister for the spare ticket.

These photos were taken with a Fuji X10. First time I’ve used it for a gig, thought it coped fairly well. May not abandon the SLR for gigs just yet, but it’s a reasonable alternative. Shot in RAW and edited in Lightroom, though the camera-produced JPEGs looked reasonable.

I also took some photos of Frightened Rabbit on a slightly larger stage at ATP Bowlie 2 back in Dec 2010. This is a link to them.

Tags: frightened rabbit, the twa tams, we came from wolves