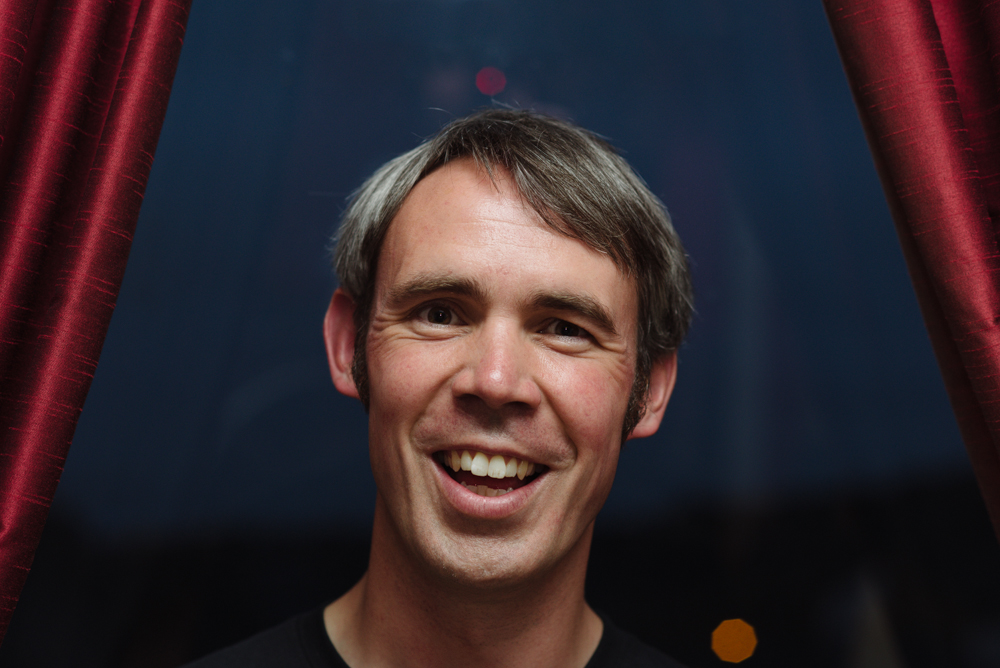 Neil in front of a window at our friend Alan’s birthday party. I’ve known Neil for years through gig-going and various DJ nights he’s been involved in, including Coalesce and Entropy. Anyone who likes dEUS and the Afghan Whigs is likely to be a good sort.