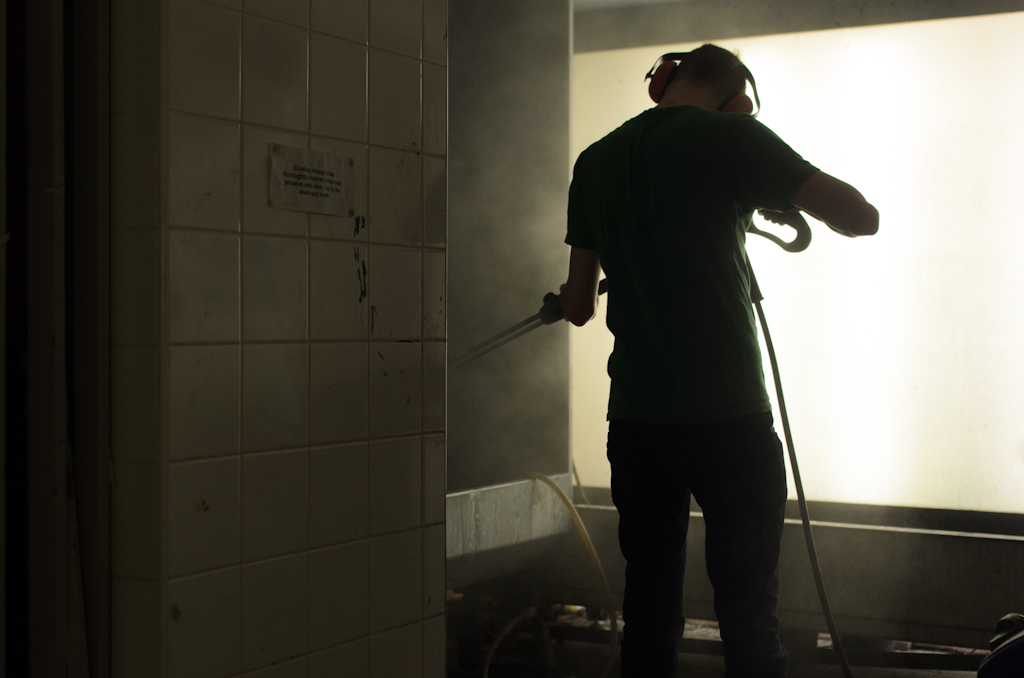 By way of explanation, my friend Kris and I are working on a joint exhibition of his screenprinted gig posters and my gig photos, to be held in Dundee in October. I photographed a number of sessions where Kris printed a number of posters, to document the process. This is one of a handful of images I’ve pulled out so far, still hundreds to work through.